HBO’s hit show Succession includes a company cover-up involving the improper destruction of hundreds of damaging documents. We take a look at where they went wrong, and where they (surprisingly) didn’t.

If you’re not watching HBO’s buzzy, Emmy-nominated drama Succession, you’re missing out on one of the most interesting records management storylines in TV history.

Succession revolves around a massive, fictional media conglomerate and the family that controls it—think of your Murdochs (20th Century Fox), your Redstones (Viacom and CBS). When one of the family, Tom, becomes the new head of the company’s Parks and Cruises division, he’s told he has a problem on his hands: hundreds of physical files detailing internal allegations of employee sexual harassment, theft, and even murder, spanning decades and a variety of locales.

So, how does the new Head of Parks and Cruises manage these records? He gets a minion, Cousin Greg, to go sign out the documents on Thanksgiving Day, shred them, and then hand them off to a third party company for further destruction. Because this is a TV series, Cousin Greg keeps some of the original records for himself, for blackmail purposes.

Wait, that doesn’t sound like best records management practice, does it? We talked with two of Corodata’s RM experts to get to the bottom of just where Succession’s characters went wrong—and, surprisingly, where they went right.

Was Destroying the Documents a Crime? It’s Complicated

This makes for a huge records management headache, Commons says. “If you have a French employee, for example, you have to keep those records for 30 years,” he adds.

But when it comes to evidence of possible crimes, the key to whether their destruction counts as obstruction of justice may depend on the statute of limitations—something that varies not just by crime but by jurisdiction.

Company policy regarding employee files comes into play here, as well. Commons, for example, worked in RM for the San Jose Sharks for 25 years. “If on my first day I was written up for something, that would have stayed in my file until the day I left,” he says.

But company policy may be to destroy that file as soon as a person’s employment ends. This big records retention tip could have saved new Head of Parks and Cruises Tom a whole lot of trouble.

We don’t know exactly what kind of records are present in most of these files—the show only tells us that they contain details of various employee misdeeds, and that they span decades.

For Stuart Johnson, Senior Account Executive at Corodata and Membership Chair of ARMA’s San Diego Chapter, the biggest problem with Cousin Greg destroying all of these records is that it’s being done with no regard to what the records even are.

“Best practice would be to have a retention policy that lists all the document types and how long you’re supposed to keep them,” Johnson says. “And then make sure you have a document inventory, and shred accordingly.”

When document destruction happens without any schedule, or off-schedule, that could arouse the suspicions of law enforcement, Johnson says. “A record that should be destroyed after five years only being destroyed after 12, along with a whole bunch of others? That looks shady,” he adds.

When you have not only an official document retention schedule but have documented your reasoning behind that schedule, you’re on much safer ground in case litigation happens. Unlike Cousin Greg.

Storage at a Secure Facility Is a Must

One element of this storyline that is both realistic and good practice, say our experts, is document storage and control: Cousin Greg is designated access to these files, travels to the company’s storage facility, and must present his ID and sign out the files before destroying them. “You really want to have a strong chain of custody,” Johnson says.

But while Waystar-Royco seems to have good security, they went wrong trusting Cousin Greg, says Commons: “It is definitely illegal for an employee to take those records and then use them for blackmail.”

In other words, when it comes to records management, your best bet is to create record retention awareness among your employees and leave it to the professionals.

In episode 1 of the File Tips by Corodata podcast, Helen goes deep into explaining how a retention schedule can protect your company if legal action is taken; more details on managing files during legal action, and the difference between a back-up and a record. 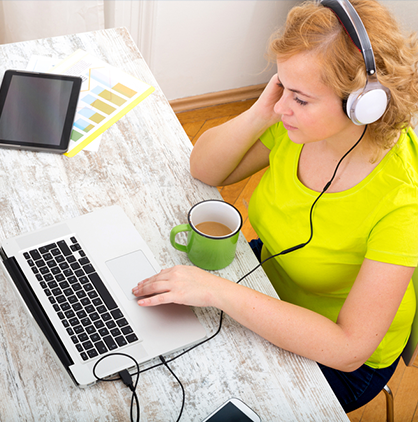